The Dangers of Conformity in Addiction Recovery 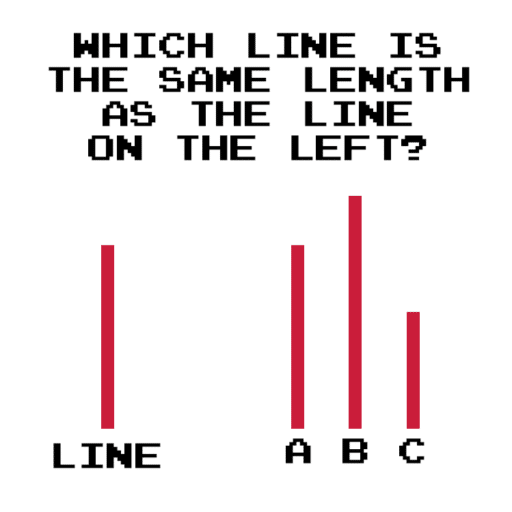 In 1951, Solomon Asch conducted what came to be called the Asch Conformity Experiment. The goal of the study was to see how much social pressure from a majority group impacts individual’s decisions.

In essence: will a person conform with the group even if they have reason to believe they shouldn’t, or will they go with their gut and not conform?

Perhaps unsurprisingly, Asch’s participants found it easier to conform; 75% of participants conformed at least once, and only 25% did not conform at all. A staggering 32% (almost a third!) conformed the majority of the time.

After being interviewed, a consensus from participants was that it was easier to conform to avoid being mocked or to fit in. It is common to defer to the group merely because we think that there has to be something they know that we don’t. We figure the likelihood of that many people being incorrect is less than the possibility of our own fallibility.

As the research suggests, conformity is a widespread phenomenon. As demonstrated in Asch’s experiment, conforming can lead us to making incorrect decisions. If this only applied to lines on a projector, this would probably only be an issue within schools and academia.

But, conformity rears its head within many realms, impacting everything from whether or not you choose to roundup your Goodwill purchase to the next dollar after the person in front of you does, to whether or not you’ll get a social media account or a drink when out with friends for dinner.

Psychologically, the longing to belong is there, it’s natural. People want to feel like they fit in the group, and they do not want to feel like an outcast. We are aware of our own fallibility, but never sure about the wisdom others may possess. But when it comes to your sobriety, you must break the mold to ensure conformity is not a threat.

Whether you believe yourself to be a part of the 25% of the population that did not conform at all – or not – always follow your gut. You are the person with the most expertise in regard to your addiction and recovery. Never allow others to persuade you into having “just one”, regardless of whether the persuasion is verbalized or a product of your own desire to be a part of the group.

Conversely, if your majority group is sober, conformity can transform into a good thing. Say your friend group consists of people that don’t engage in your addictive behaviors. In this case, you are still able to maintain your sobriety and your sense of belonging within the group. It’s a win-win!

You’re on your own path to recovery. Don’t allow others to make you take a U-turn, they aren’t paying for the gas.

We at Summit Hill Wellness encourage you to use this knowledge and be proactive in protecting your recovery from threats like conformity. But if you ever need help, we’re always here.